A short history of phones. From Past Tense to HuaweiMate10Pro 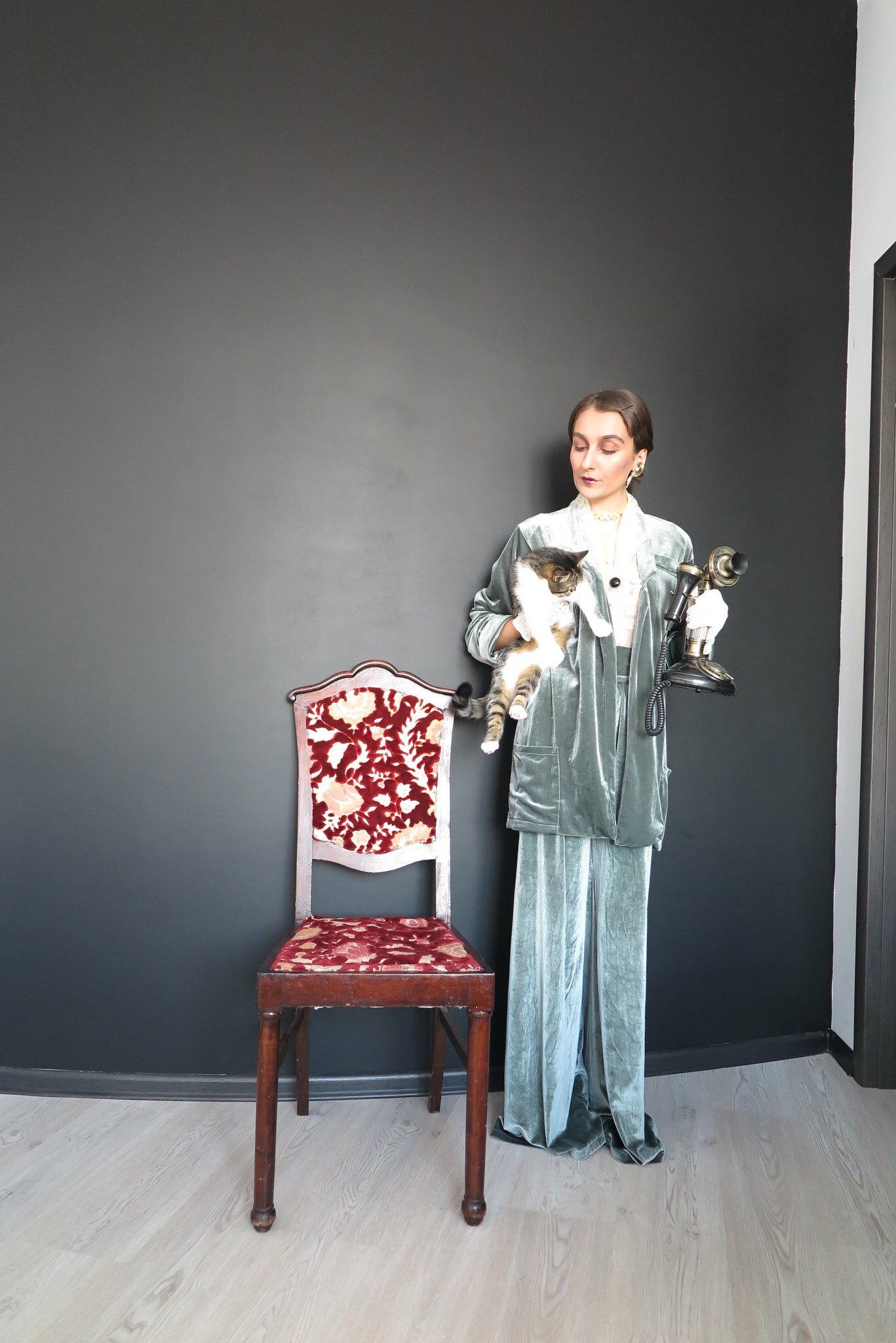 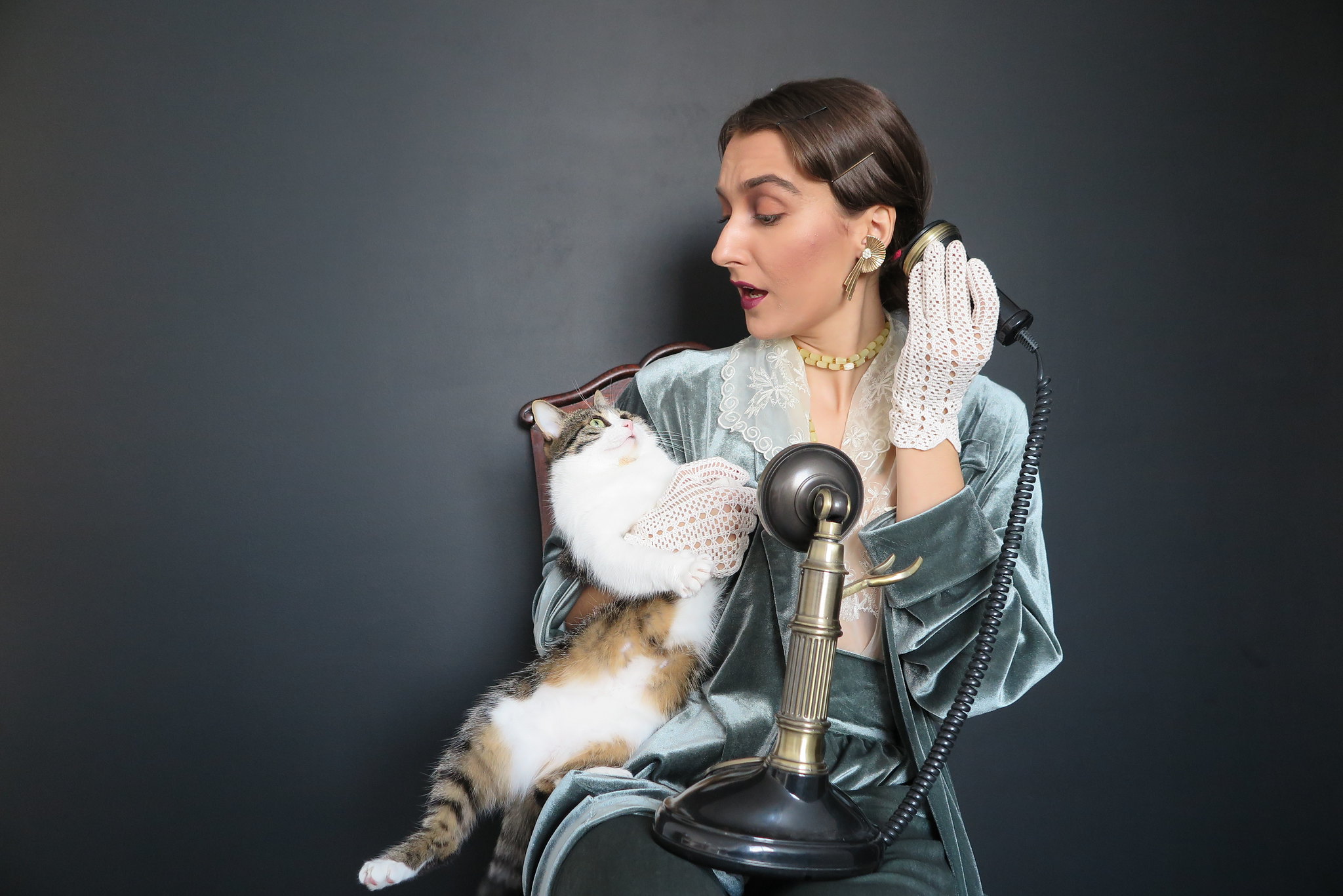 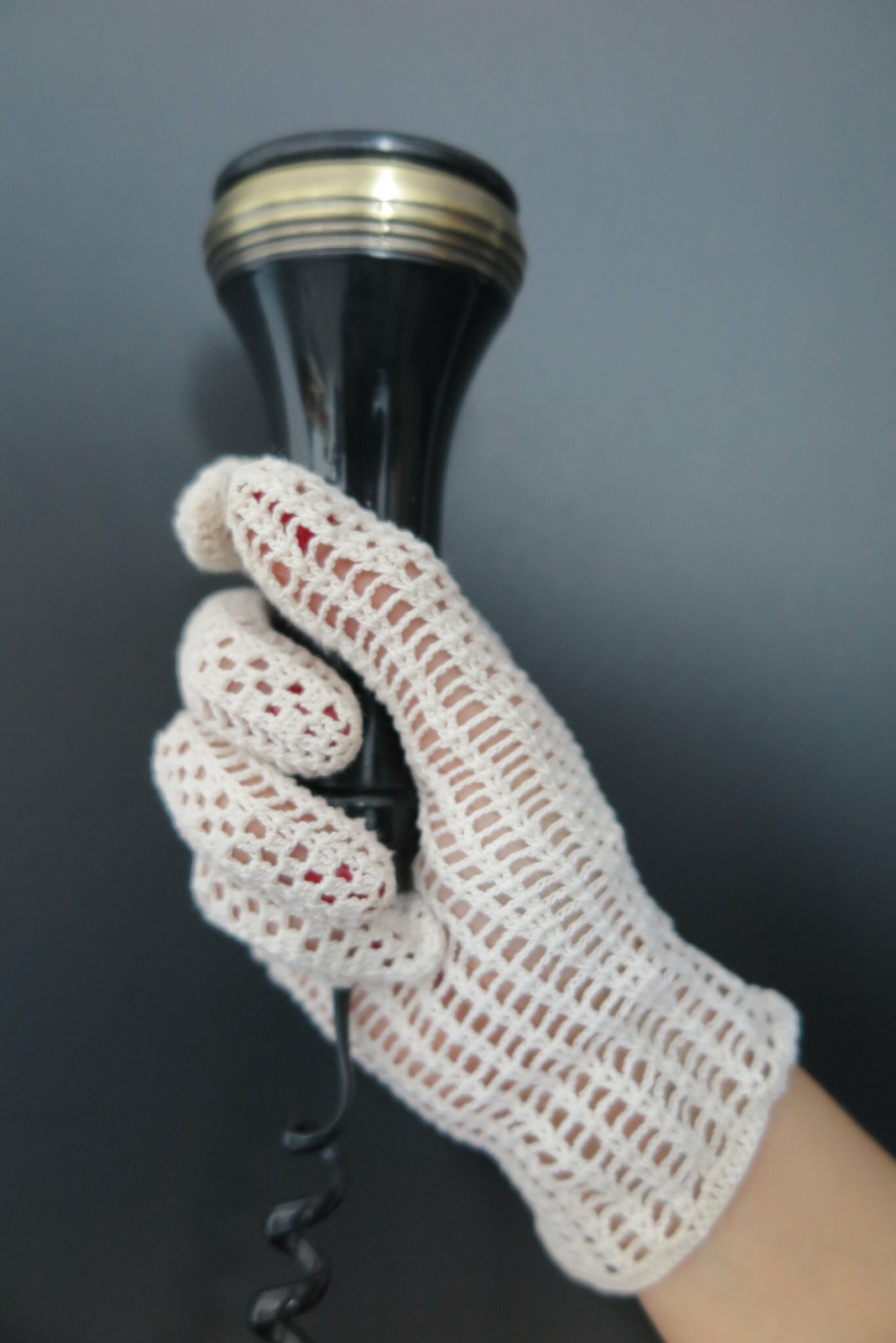 “Despite the arguments about who actually invented the telephone, it has been an area of tremendous scientific advancement over the past century. Telephone communications–little more than a hobby in 19th century–evolved so that by the 1920s many advancements had started to be made that allowed this revolutionary form of communication to be available to everyone.”

“By the 1920s, an exchange could accommodate up to 100,000 numbers. In those years, making a phone call involved picking up the receiver, asking the operator to connect you to a particular number, waiting for her to plug it in, then waiting for the ring to bring someone to the other phone. The operator would hang up after she made the connection . . . or not.
The candlestick phone was first introduced around 1892, and it continued until 1920. It was manufactured in the United States and was most often sold there as well. The candlestick phone consisted of a round base that contains a rotary dial. This dial was used by placing a finger into the numbered hole, and turning clockwise until it stopped. After the person dialed the phone, he or she could pick up the receiver, located at the side, and listen to the earpiece on the top of the candlestick phone. Most of the time, candlestick phone was made from brass, but partly wood. The dial section was made from steel or aluminum. Many phones were unpainted, but some phones were painted black.” 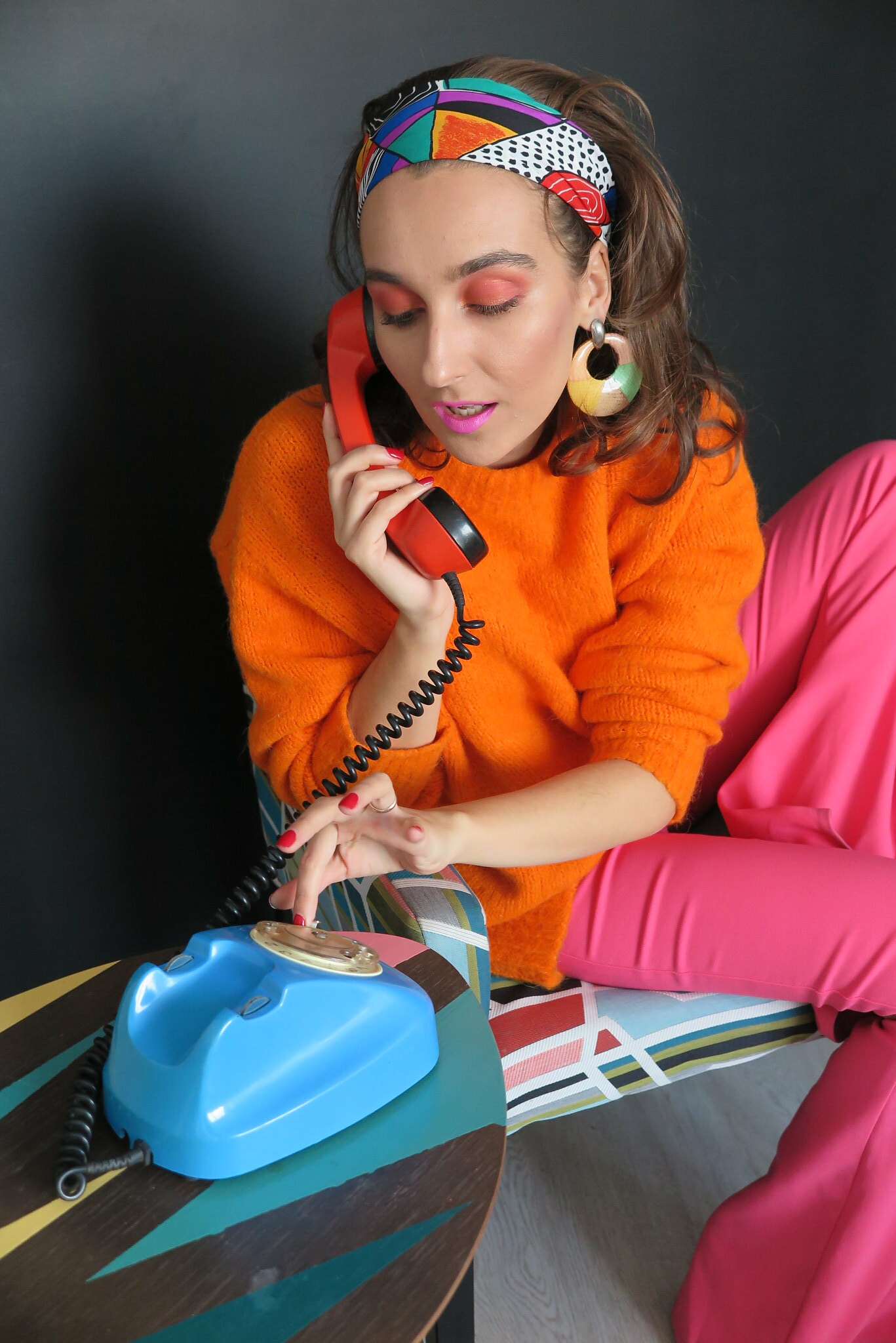 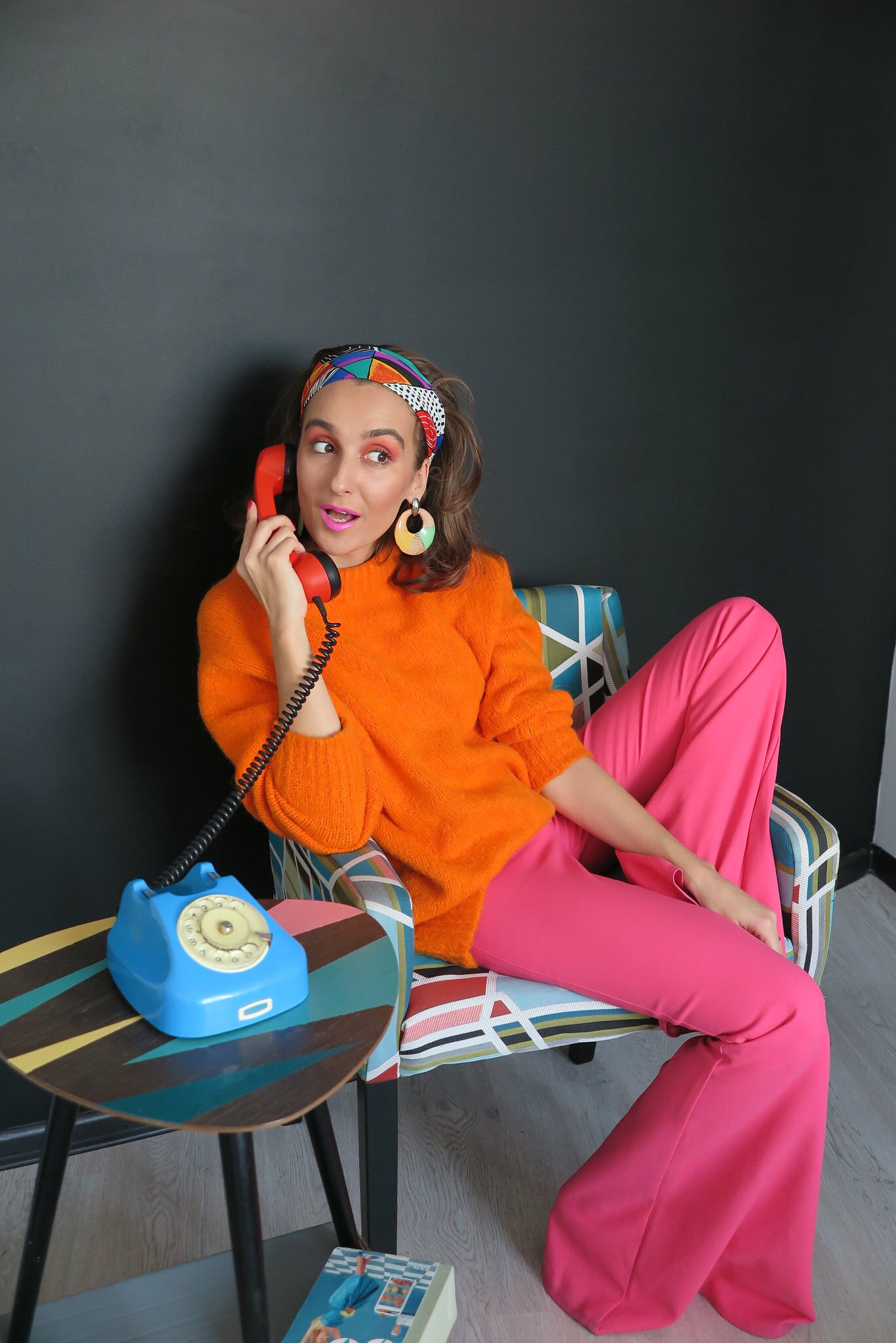 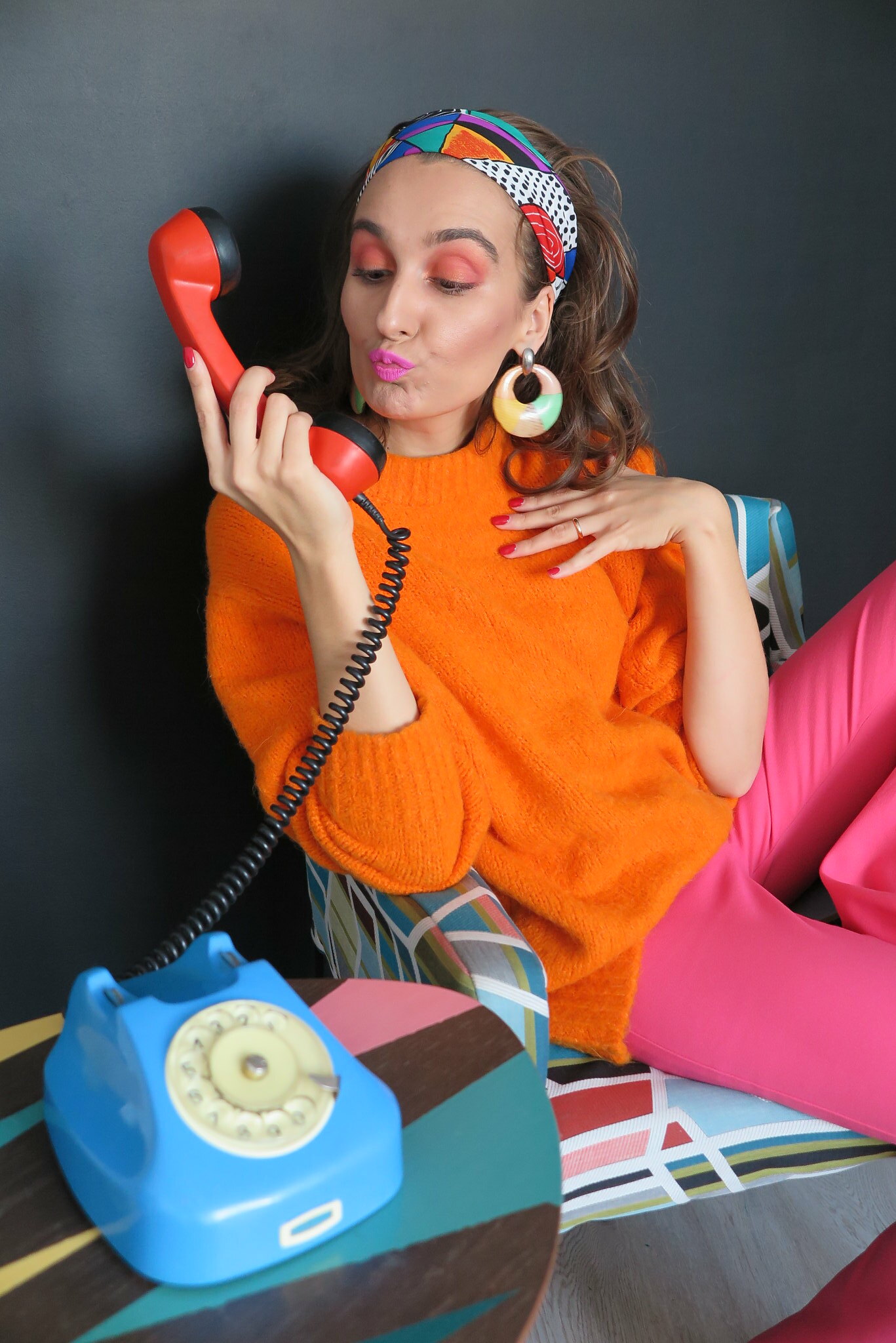 The modern telephone receiver was intorduced in the 1920s
Originally called the French design, this concept incorporated an all-in-one speaking and listening device with a carriage which held the handset and the dial. This is much closer to the modern design of the telephone, but was not used widely for many years as it was still rather expensive.
The desk set acquired a new glamour in 1960. Compact shape, colourful, attractive styling and illuminated dial, made the “Princess” telephone a favourite bedroom telephone.
In the 1970s, keeping with the mod styles of the decade, telephones were quite groovy as well…at least we thought they were. No longer were consumers limited to just that boxy white, tan, or black phone that sat on the desk.
In addition, by the end of the decade, phones were available in just about any color of the rainbow. These allowed consumers to color coordinate their phones with their very hip home decor of the 70s, which probably included foil wallpaper or furniture in mod colors and large geometric prints. 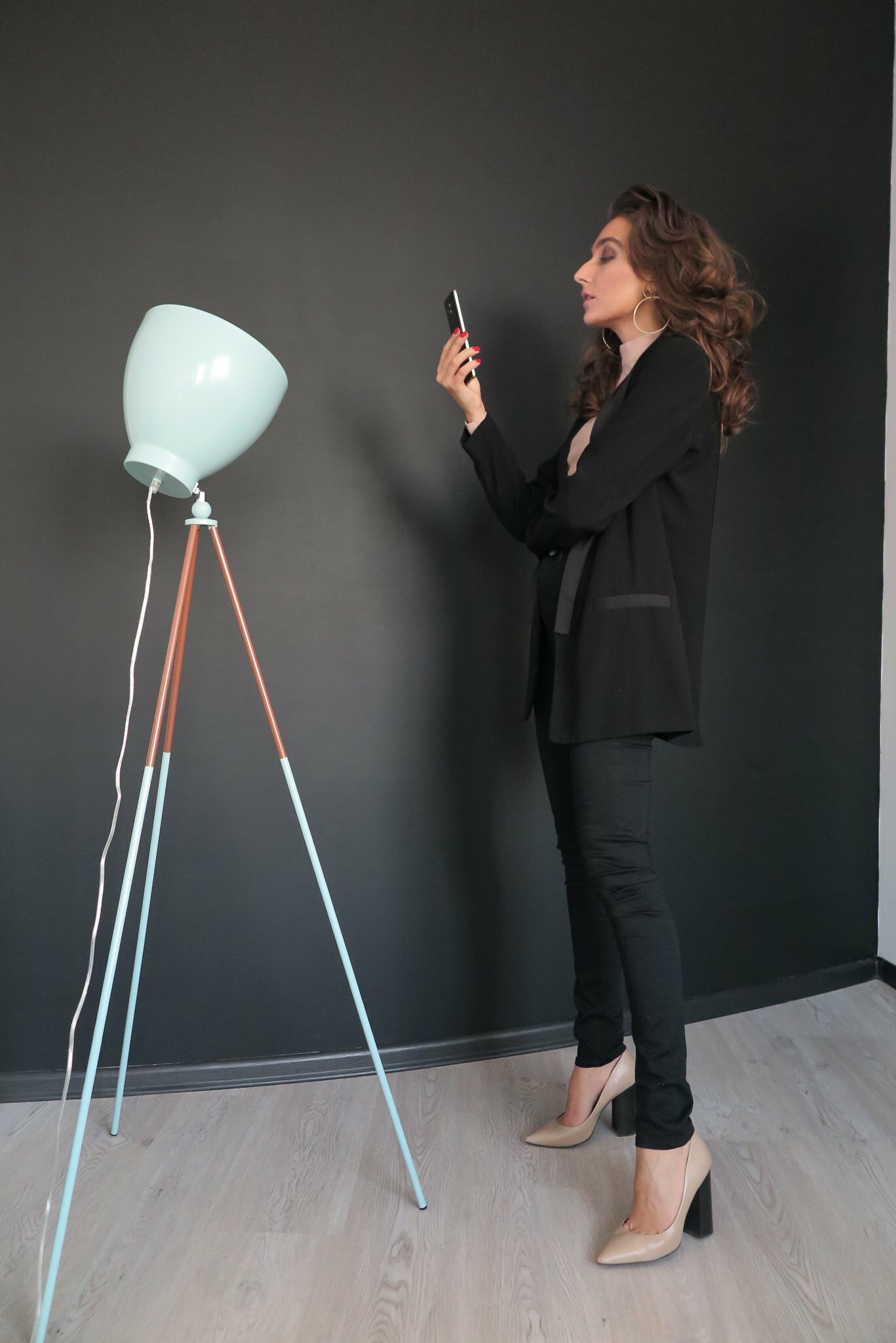 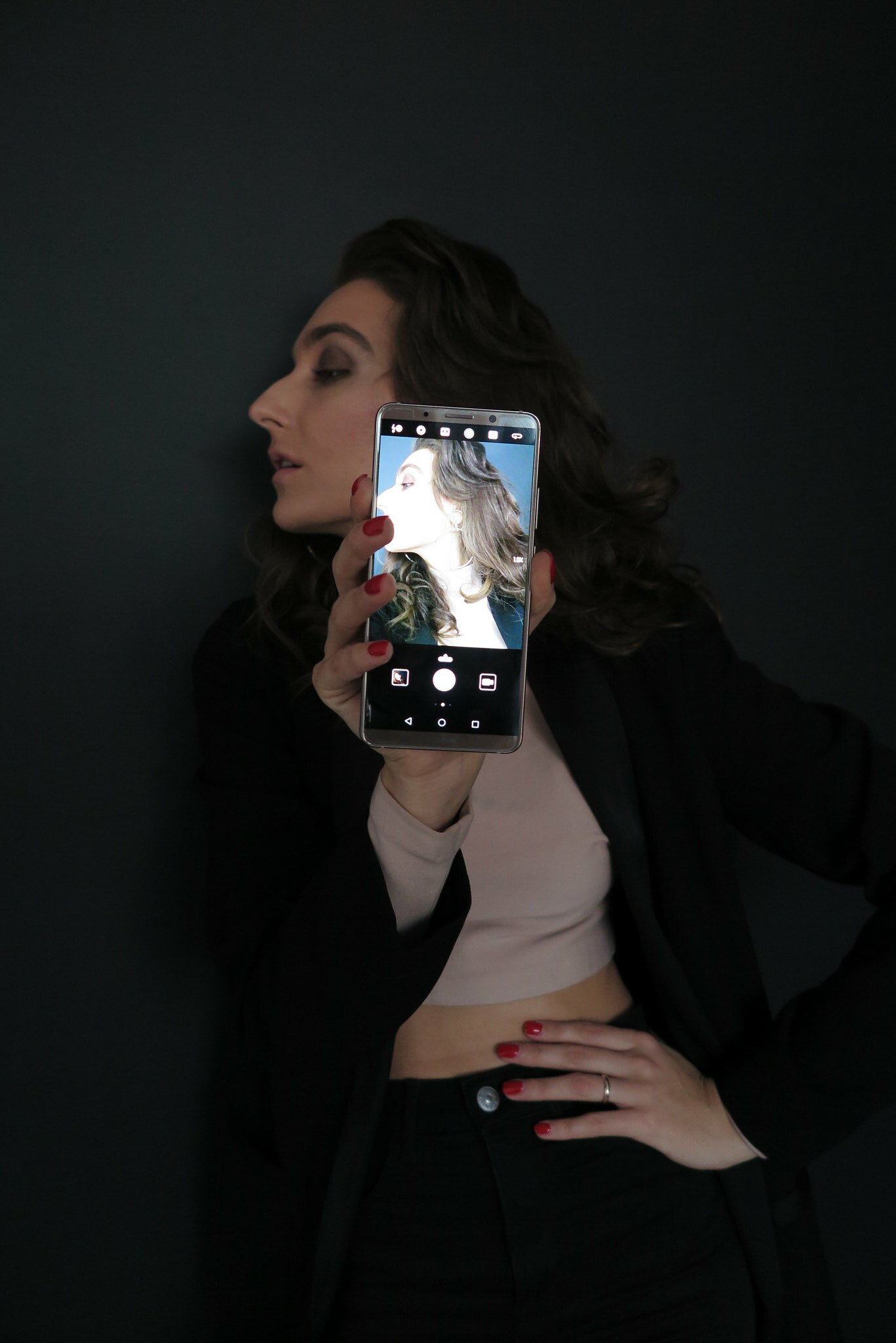 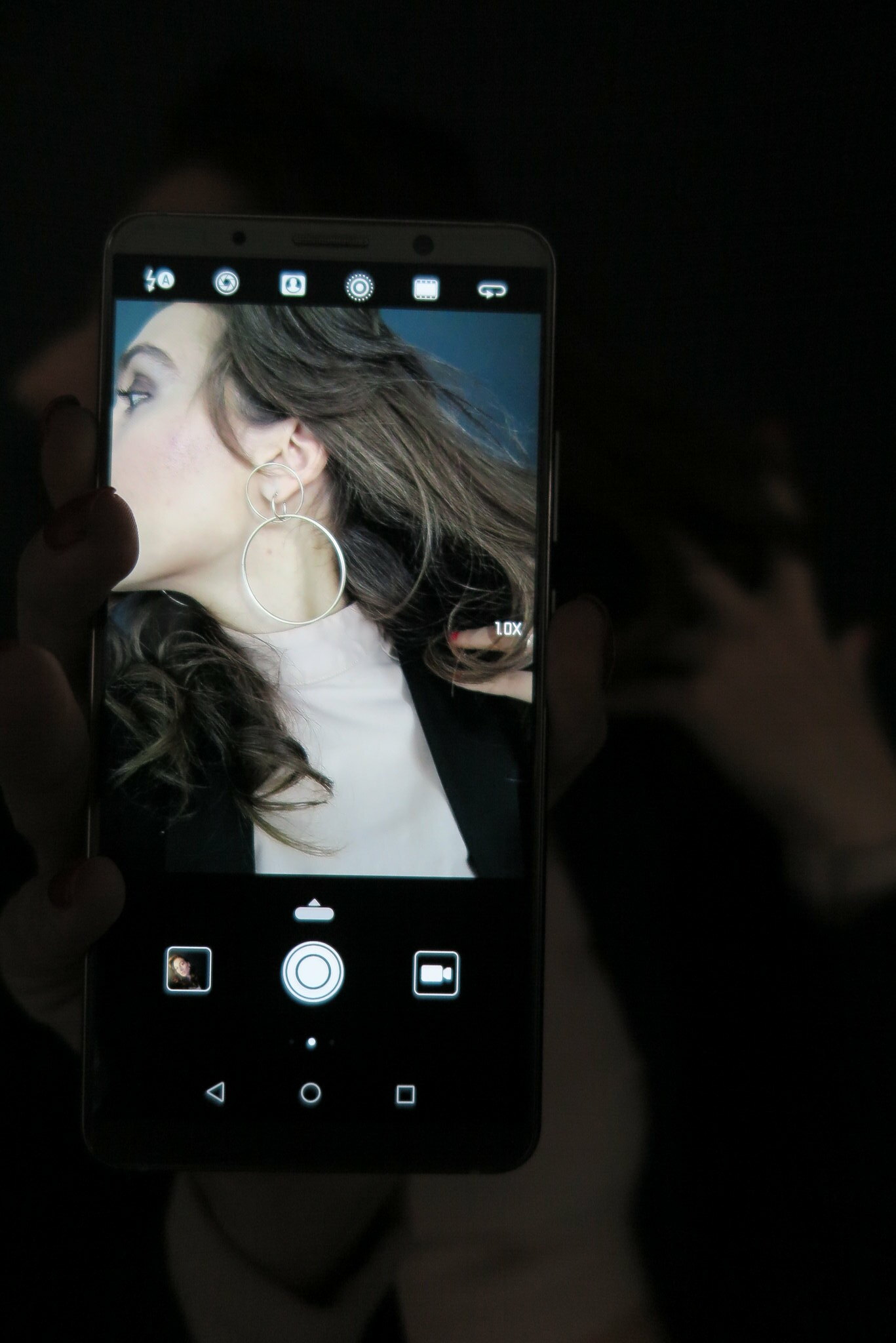 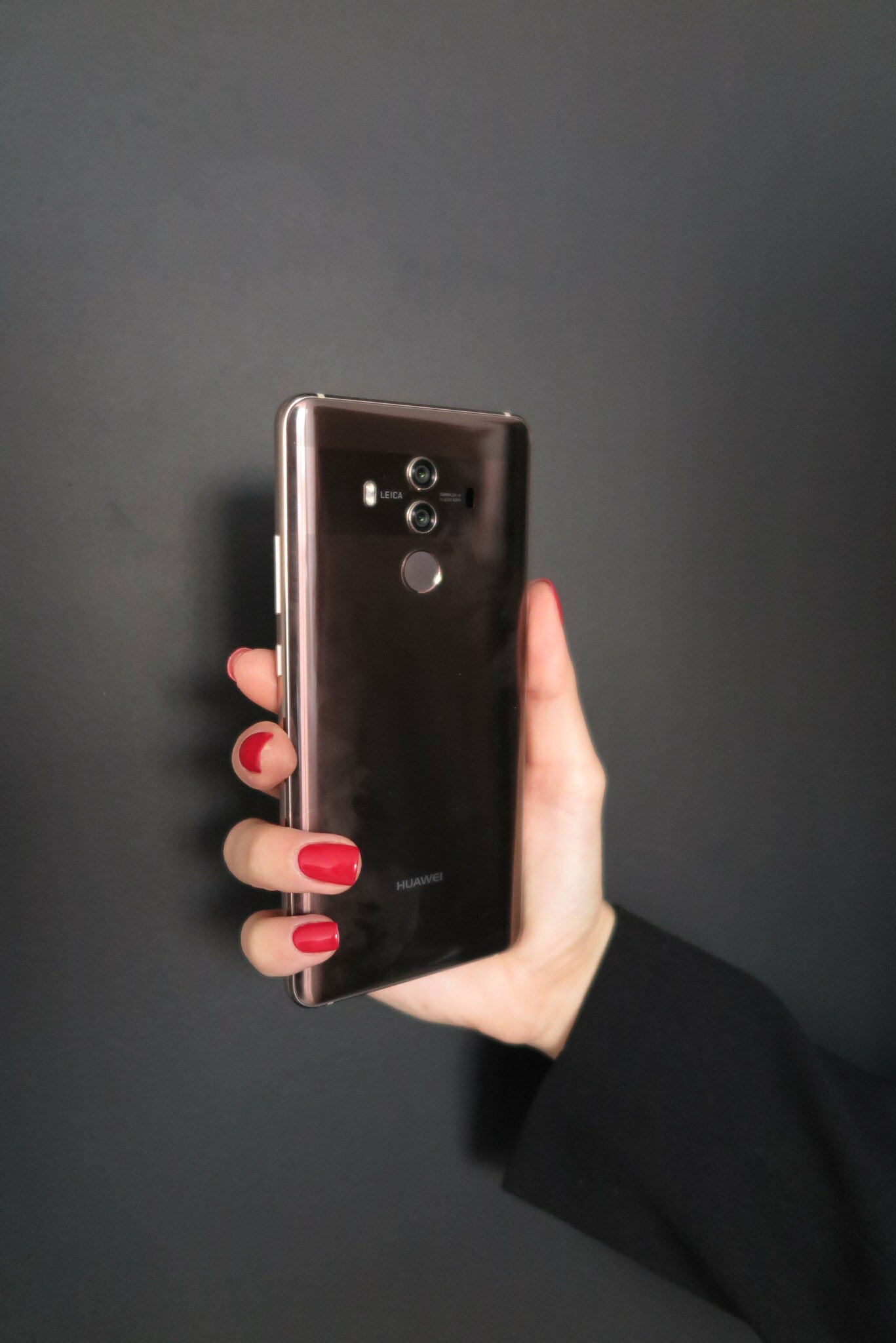 It seems as though just about everyone owns a smartphone, even though it wasn’t that long ago that the technology was first introduced to the general public. With their advanced computing capabilities and other features, smartphones have quickly gained popularity. Prior to the invention of smartphones, there were several devices that were used including regular mobile phones, and PDA devices. Eventually technology was combined and the concept of the smartphone was born.
In 1994, BellSouth came up with a more refined version of the phone and called it the Simon Personal Communicator. This is the first device that could really be referred to as a smartphone.
Smartphone technology continued to advance throughout the early 2000s.
From 2011 to current times, smartphone technology has become even more advanced and technology continues to improve at a rapid pace. Smartphones have more features than ever before including touchscreen capabilities, GPS, cameras, and much more.
Today thanks to Huawei‘s vision AI will transform smartphones into ‘intelligent phones’. We shouldn’t reffer to it only with “will” as they are already doing it! Mobile AI already changes two key aspects of the smartphone: User-machine interaction, and “context-personalised openness”.
So basically, today we are living an historical revolution in technology. And i am actually a consumer of it.
#HuaweiMate10Pro has become my second self in the last 2 months of usage. I have had in the past a P7, P8, and P9 so i am not a stranger to the magical things that a Huawei smartphone can offer you. But believe me, this one predicts the future. Thanks to AI he knows when i will be using it more and it tell me in advance to be careful & charge the battery. It saves so much time! I can do all my office tasks…from anywhere. Sending e-mails, writing articles, reading contracts, keeping-up with my social media posts. Create fantastic photographic & video content thanks to it’s improved camera settings and so many much more things. Actually it has so many features that i haven’t even used yet and i cannot wait to discover them.

To sum up, in the last century this invention has been through so many changes that i cannot wait to be a witness of all the future devices that Huawei and it’s AI will  offer us.