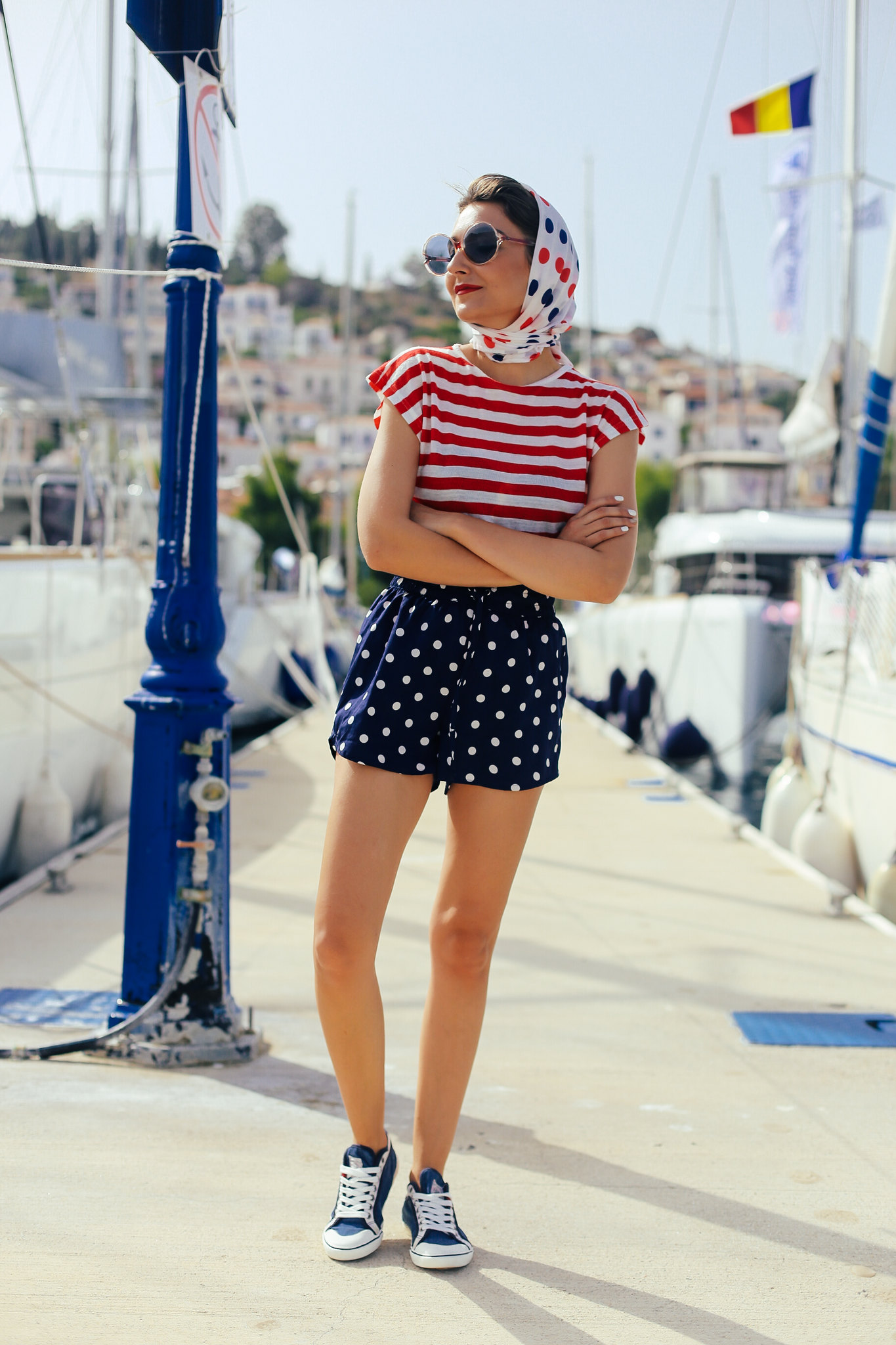 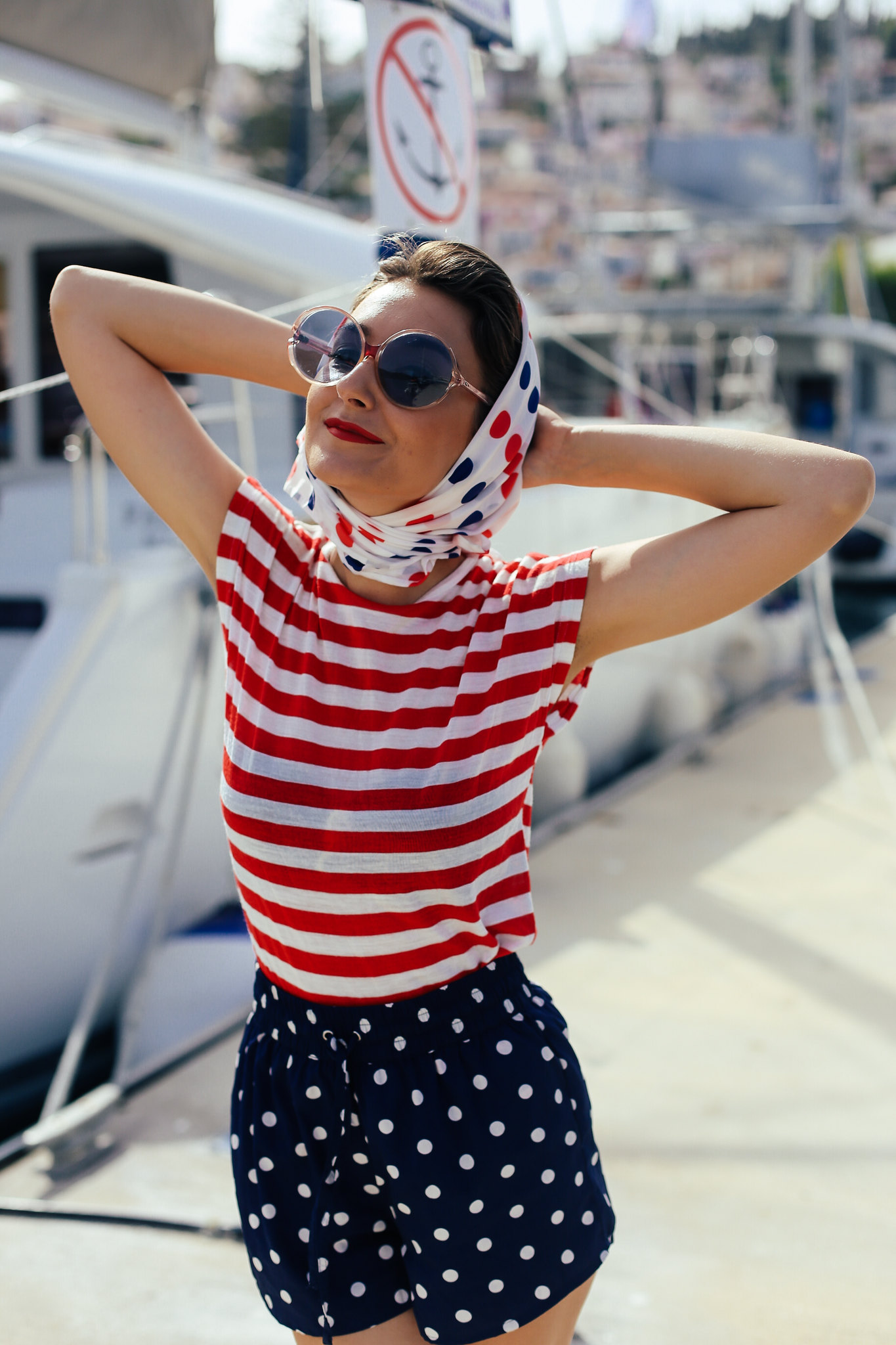 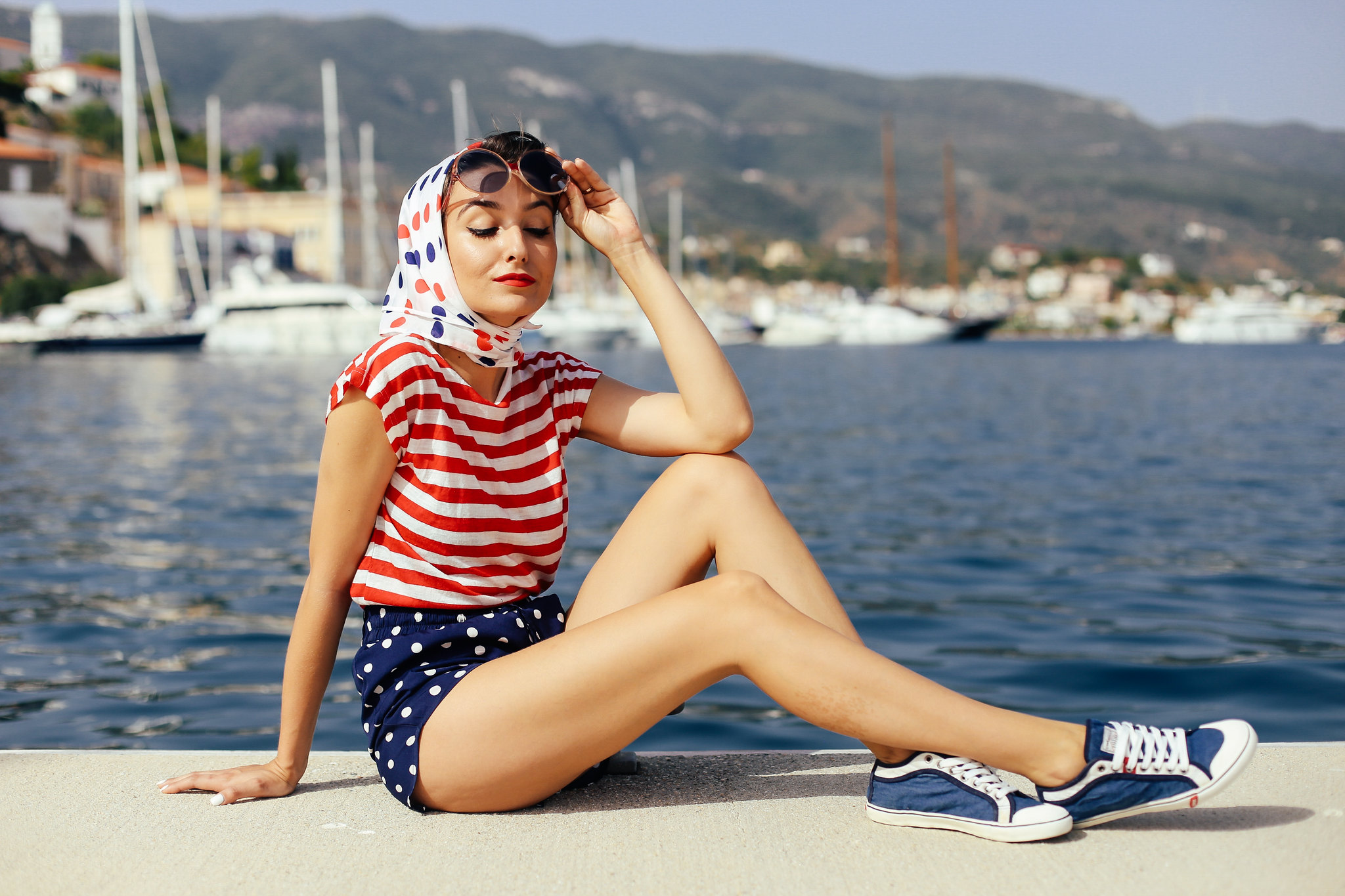 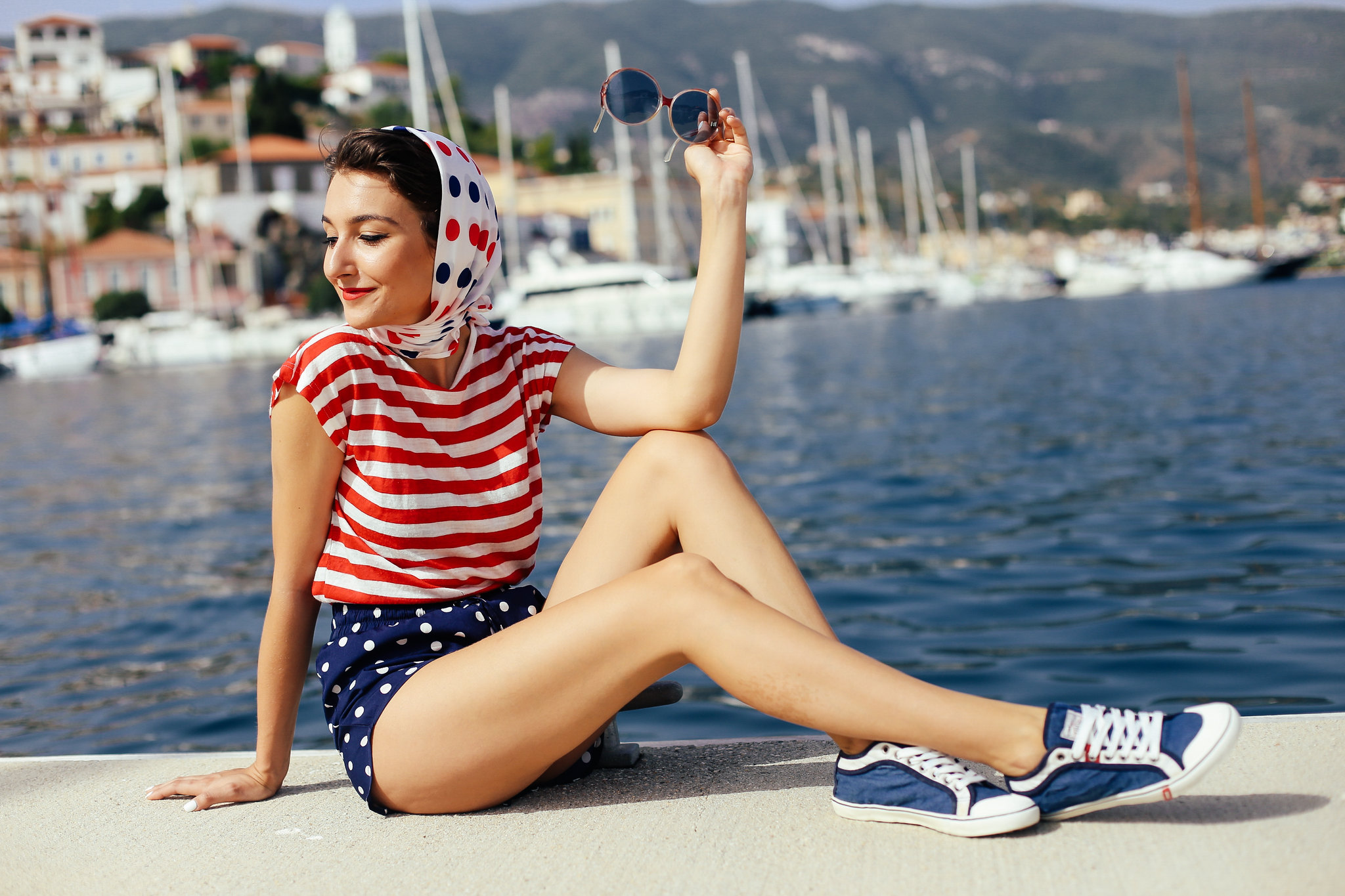 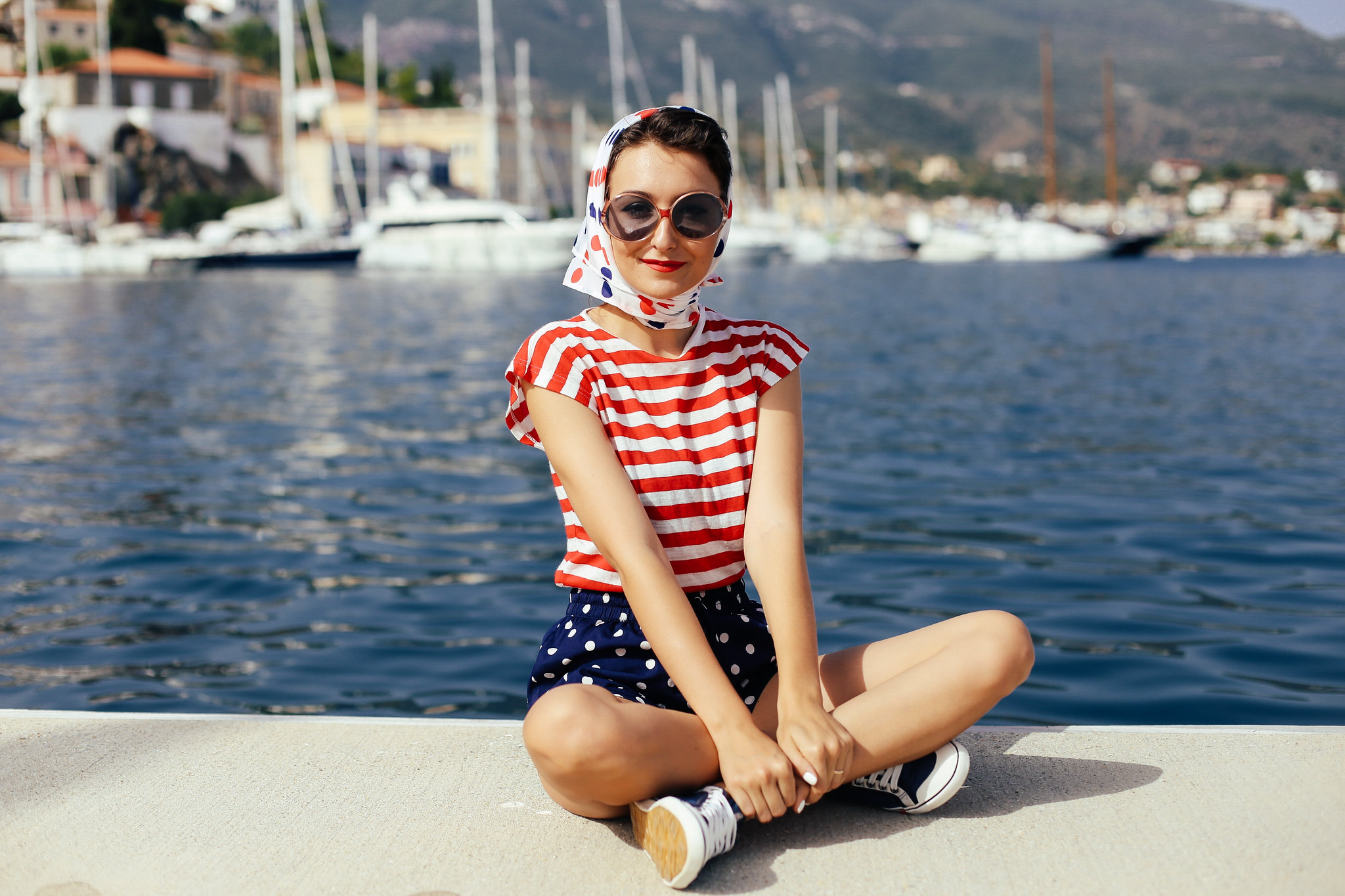 The formula for nautical style is as simple as it is perfect: navy, white, and a stripe and it works both for men, women & kids. They say that it was the summer trend of 2015, but let’s face it…stripes & navy colours are an eternal summer trend. We actually have to thank Prince Albert Edward (later Edward VII), who is credited with maneuvering the sailor suit into fashion waters when pictured in naval attire as a toddler. Soon the look was de rigueur for children everywhere, and over time, the loose sailor blouse, known as the middy, became the uniform of sporty young women, too. Coco Chanel also had something to say for this nautical trend, when she got inspired from the french sailor’s uniform & adapted the black & white stripes to women’s fashion.The classic striped Breton marinière, made a splash when it was worn by Coco Chanel on the French Riviera. It has been an anchor for the look since the Roaring Twenties.
Key elements of nautical style—like officer’s caps, flap-front pants, and pea coats—have been reimagined by designers such as Yves Saint Laurent and Jean Paul Gaultier.
When i was packing for my first yachting experience, i knew i had to recreate a vintage nautical look. Fortunately i haven’t given up on all my second-hand treasures. So here i am, in one of my favourite looks from this adventure! The top is bought from a second-hand in Constanta, the pants are from ONLY & i found them in the first Salvatory Army thrift shop in Bucharest – ( btw you can find it on Calea Victoriei street, near Pizza HuT), the sunglasses have been found at a vintage fair in Strasbourg and i can’t remember in what second hand i’ve found the dotted batique and my Lee Cooper sneakers just looked perfectly in my colour mixing game.
Anyhow, i hope i was useful to you today & i hope i convinced you that stripes look good with dots anyway & anyhow!
Now…Go nautical!

I was wearing : Second hand from head to…almost toes:))
Read more about the first thrift shop of Salvatory Army in Bucharest here . I first learned about them in Canada in 2009 & i am very happy that now you can buy in Bucharest, beautiful things for good prices & do charity in the same time.
Lee Cooper shoes

Oh & By the way here is Edward VII & Coco Chanel & me nailing the nautical look : 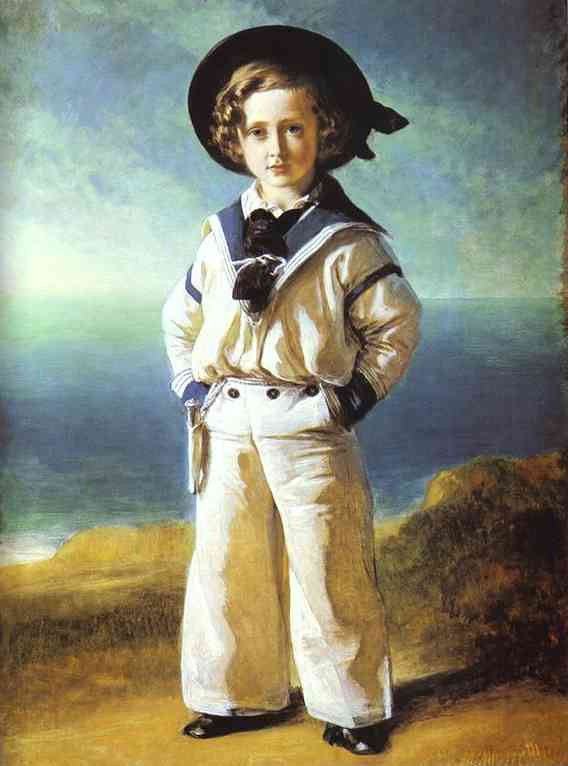 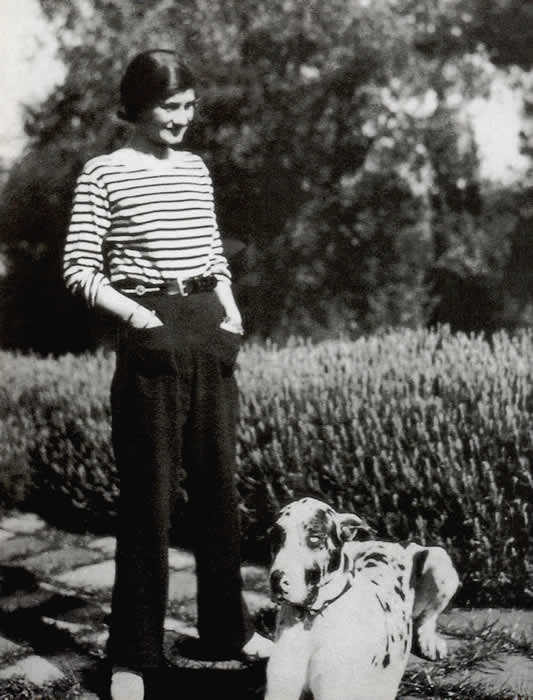 Waited for this #partysails for 1 year…totally worth it! First official holiday since having a baby…& unfortunately i`m dealing with an extreme toothache, but of course i `m not gonna let this destroy my trip! still…no alcohol for me, only #painkillers & #nivearomania #solarprotection #bronze #sweetpaprikaro #sevensins #swimsuit #yachting

The day i woke up in Poros, Greece